Vince, Jon, Tav, Duncan,
Mike and colleague Naomi Frazier, and a massive welcome back to Jake after 8
months off following knee surgery.

At the dig, Jon and Tav
after a brief discussion went ahead to start digging, they were joined, soon
after by Jake and Naomi. Mike went to the top of the pit to load the skip, Vince
was hauling up-slope and Duncan was emptying the buckets.

With multiple bucket
fillers it was non-stop hauling/emptying action, the slope requiring frequent
lubrication. Later, Jake came up to lend a hand with spoil dispersal and
management. They say, ‘that time flies when you are enjoying yourself!’ And it
did.

All of us expected Tav to
keep a tally of loads removed, he didn’t, “too busy…” he said. Anyway, it was
lots! 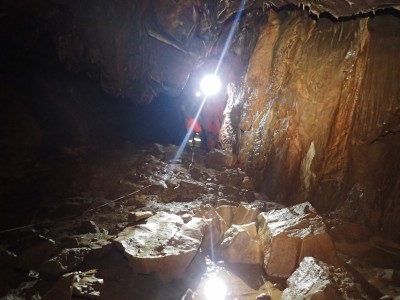 Duncan and Jake arrive at the dig.